"Strong revenue and expenditure assumptions incorporated into the annual budget, as the county uses a priority based budgeting model that is informed by historic trends and external data and requires the annual review and justification of expenses." S&P Global Ratings report on Scott County GO Bonds

Scott County, Minnesota has always been unique, but it’s rapidly becoming even more so. Long known as the fastest growing county in the state, the State Demographer’s office projects that Scott County’s population growth (69 percent) will continue to outpace all other counties in the state between now and 2040, from roughly 140,000 to 201,900 residents.

The County is home to top schools, high median incomes, premier regional attractions, historic sites, and one of Money Magazine’s “best places to live." Each year, the County progresses a little closer to its long-range vision: a county recognized around the region as one the best places to live, work, shop, and play in the Twin Cities.

In 2016 we documented how Scott County was the first local government in the State to implement Priority Based Budgeting. And today they are the first organization in Minnesota to evolve their implementation to the Online Priority Based Budgeting (OnlinePBB) platform, vastly expanding their opportunity to bring in elected officials, department heads and staff into a strategic role for allocating resources to the Results that define community success.

What distinguishes Scott County among the 180+ implementers in the PBB community, is the organization’s commitment to being truly data-driven. The County initiated a substantial performance measurement initiative that effectively measured the cause and effect relationship between all of the County’s 400+ individual programs and services, and the County’s established Results. Over 700 FTE were individually allocated to each program, along-side a practical non-personnel cost allocation (this Program Costing approach is documented here in GFOA's Government Finance Review).

And Scott County continues to evolve their application of priority based budgeting and PBB data. As Scott County prepares their 2018 (priority based) budget, S & P Global Ratings has just affirmed Scott County's GO Bonds a "AAA" rating! A "AAA" rating is the highest rating awarded and is defined as "most likely that debt obligations will be honored."

In the Scott County S & P Global fiscal assessment report, they state "Strong revenue and expenditure assumptions incorporated into the annual budget, as the county uses a priority based budgeting model that is informed by historic trends and external data and requires the annual review and justification of expenses." Read the full report here (PBB highlight on page 3). 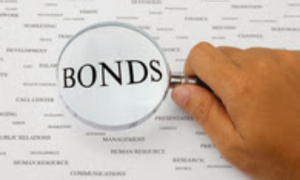 We've been extremely interested for some time in how credit rating agencies (CRA's) would evaluate the Priority Based Budgeting (PBB) efforts of the communities we're working with. Our core concepts of fiscal health and priority based budgeting have proven to ensure that local governments are clear and transparent about what truly is their economic reality.

Communicating that picture simply, clearly, and understandably without volumes of numbers, spreadsheets, tables, and an endless series of charts is frankly a challenge that has plagued managers for years. If managers are going to be able to demonstrate financial reality internally to elected officials and staff, and externally to CRA's and residents, they have to find better ways to make fiscal situations understandable and transparent to everyone.

Finding creative, clear, and nontechnical ways to demonstrate what the next five to 10 years might look like is a must if people are going to address fiscal concerns. All too often, local governments are unable to make sound, timely decisions regarding investing in new resources, starting new programs, or initiating major capital projects because elected officials, local government managers, and staff members are paralyzed by the uncertainty of whether they actually have enough money to appropriate for these purposes. Developing a long-term financial forecast is key to gaining a better understanding of what the future might hold.

How CRA's assess municipal bond ratings for a community has a tremendous impact on the communities ability to borrow. A municipal bond is a bond issued by a local government, or their agencies. Potential issuers of municipal bonds include states, cities, counties, redevelopment agencies, special-purpose districts, school districts, public utility districts, publicly owned airports and seaports, and any other governmental entity (or group of governments) at or below the state level. Municipal bonds may be general obligations of the issuer or secured by specified revenues. 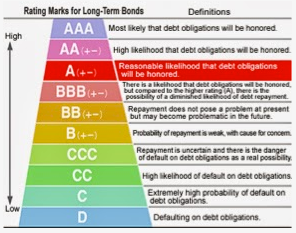 Municipal bonds are securities that are issued for the purpose of financing the infrastructure needs of the issuing municipality. These needs vary greatly but can include schools, streets and highways, bridges, hospitals, public housing, sewer and water systems, power utilities, and various public projects.

Communities are seeking every possible means to prevent downgrades in their ratings (and simultaneously increase ratings). And the credit rating agencies are facing immense pressure to substantiate the ratings they report - strong or weak. We've been keeping a close eye on this as we better understand how the CRA's perceive how priority based budgeting can provide evidence that a community is taking a sustainable and responsible approach to resource allocation, basing decisions on the long-term health of the community in light of its values and priorities.

And we've seen mounting success in PBB communities that CRA's undeniably value the long-term fiscal responsibility that PBB brings to public entities. In 2014 we wrote our first case study focused on the City of Chesapeake, Virginia. In August 2011, the three major bond rating agencies reconfirmed their prior ratings and each gave the city a "stable outlook." Per the press release, "the rating agencies confirmed the City's strong ratings, based in part on the evidence of their long-term view."

"There is no question these are difficult times for governments at all levels," said the city manager. "The Chesapeake City Council has said time and again that we must keep our focus on our long term goals, while still maintaining the best quality of life for our citizens. These ratings provide clear evidence that we are indeed charting a sustainable course for the City's future."

In 2012, the County embarked on the priority based budgeting process with one of the primary objectives being to bring their community into an ownership position with respect to decision making. What unfolded in their ground breaking use of an online tool to engage citizens sets the bar at a whole new level in participatory budgeting (see story here).

Per the Douglas County bond rating press release, "We have made great progress implementing solutions to long-term challenges, including strong financial management, regional partnerships, infrastructure investment and business development," said County Manager Steve Mokrohisky. "Our local economy is still in a slow recovery and we have a lot of work to do to address critical issues such as road maintenance, main street revitilization and duplication of local services, but we are moving in the right direction and there is reason to be optimistic about the future."

Additionally, Douglas County began developing 5-year financial forecasts to address long-range financial challenges, rather than short-term fixes. As a result, the County has been successful in closing the $3 million annual shortfall in its General Fund, through long term contracts with employees, elimination of positions and regional partnerships that stabilize expenses. The County has also implemented a new priority based budgeting program that focuses on continuous improvement of local services and providing the greatest value to taxpayers.

With these case studies as proof that priority based budgeting, among other factors, not only provides a strategic platform for allocating resources to the Results that define community success, but also assists in maintaining (and increasing) an organizations critically important credit rating. Providing the ability for organizations to borrow, and to assume debt at a competitively low interest rate, in order to further provide community resources to citizens.

Congratulations to Scott County, Minnesota, for their masterful stewardship of local government resources, ability to successfully orchestrate a sound short and long-term economic plan, and implementation of data-driven decision making through priority based budgeting, and thus a well-deserved, concrete AAA bond rating! Bravo!

To find out more about priority based budgeting, check out the Duluth, Minnesota PBB Boot Camp December 12 - 13, 2017. Find out more and register here! 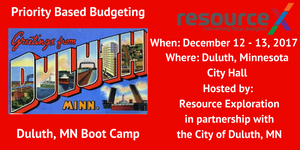