“Budgeting is one of the most important things council does each year. It sets the priorities for the community… Priority-based budgeting [is about] taking a look at priorities and spending in a different manner. We’re going to see revenue growth much slower compared to expenditure demands. A good budget process [has] to hone in and allocate resources accordingly."

The City of Alexandria VA launched implementation of Priority Based Budgeting (PBB) in June 2018, coinciding with the Stanley Cup clinching victory of the Washington Capitals.

Morgan Routt and Lisa Hentey lead the City’s implementation team, under City Manager Mark Jinks who has depicted PBB as a “new lens” with which the City may clearly see it’s opportunities to free up and reallocate resources towards the priorities most relevant to the community. ResourceX was on-site in beautiful Alexandria June 7 & 8 to officially kick-off the project.

This article (Alexandria moves towards priority based budgeting) was published by the Alexandria Gazette Packet and written by Vernon Miles. See full article below.

Alexandria moves towards priority based budgeting

Every year, the budget is a fight. Departments and organizations come together for a battle where a handful of interests will prevail and others will take a hit. But in the final meeting of 2018, the City Council has begun looking into a shift towards a nationwide trend that might add a little order to that chaos: Priority based budgeting.

“Budgeting is one of the most important things council does each year,” said Jinks, “It sets the priorities for the community… Priority-based budgeting [is about] taking a look at priorities and spending in a different manner. We’re going to see revenue growth much slower compared to expenditure demands. A good budget process [has] to hone in and allocate resources accordingly. 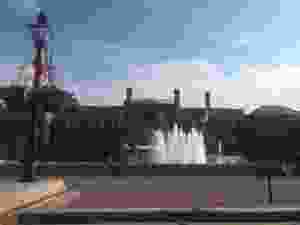 ”Morgan Routt, director of management and budget for the City of Alexandria, said the process has been in discussion since the council retreat the previous summer. Routt said much of the groundwork for developing a priority-based budget system will be done over the summer as departments begin scoring services. Priorities would not be based on cost-recovery alone, but would also consider how priorities are factored into achieving the city’s broader strategic goals.

Routt warned the council not to expect any miracles from the new budgeting system.

“We would expect that most of our spending is already going to our top priorities, ”said Routt, “but by going through this on a service by service basis we may be surprised [that something] is a higher or lower priority than we thought in relative terms.

”Mayor Allison Silberberg said she supported the idea of priority-based budgeting, but said the final call on what was important for the city to fund still had to rest in the wisdom of the council rather than an algorithm.

“I’m for cost benefit analysis,” said Silberberg. “I love the idea of asking the question ‘Is it mission critical?’ Budgets are about priorities and values … but some things can’t have a number on them and are still important. Scoring is valuable, but [we] have to bring judgment and wisdom.

”Routt also added that one benefit of the system could be that the city could review mandates from the state or federal and respond in the legislative package that the mandate didn’t fit the city’s analysis of what was considered a high priority.

Congratulations to the City of Alexandria on launching priority based budgeting to use data and evidence to transparently and exponentially improve results for citizens and the community!

To find out more about the priority based budgeting movement, and how over 200 organizations across North America are applying PBB Data for the benefit of their community, register for the 2018 PBB Bootcamp & Summit in Denver, CO this August.