“The City has partnered with the Toledo Chamber of Commerce and ResourceX to create a programmatic view of the Toledo budget. This methodology provides a better understanding and evaluation of city services and their costs."

The City identified almost 700 programs and departments are using this data to look for opportunity areas for efficiency and innovation, cost savings, partnership opportunities and revenue enhancements. The City was the first to launch the Priority Based Budgeting Open Data Citizen Portal. Toledo’s Open PBB data is designed to transparently share all the city's priority based budgeting data with citizens. The portal is available through the City’s website at

On March 27, 2018, Toledo City Council unanimously approved the 2018 general fund budget – the first time since 2013 the city’s annual spending plan has been approved without objection.

The amended 2018 general fund budget was created by a joint budget task force consisting of council and the Kapszukiewicz administration.

The vast majority of the 2018 general fund budget – 66.7 percent – is dedicated to funding police, fire, courts, and safety administration.

“By working hand in hand with council, we have produced a budget that is fiscally prudent but also meets the service and public safety needs of our city,” Mayor Kapszukiewicz said. “We still face some serious budget challenges on the horizon, but there is no question that we are moving in the right direction. This budget shows we are making the tough choices to protect the interests of the people.”

“It is my goal to have the capital budget completed and approved in the next month, but the tough decisions and belt-tightening we made today frees up millions for road repair and infrastructure,” he said.

The general fund budget reduced the transfer of capital improvement money to the general fund and shifts more federal Community Development Block Grant money that can be used for neighborhood projects.

The 2018 budget includes the following spending changes compared to the previously-proposed 2018 spending plan:

General fund spending this year will include $111.6 million for base salaries and wages for 1,708 fulltime equivalent positions – a $945,580 decrease from the budget proposed in November.

Mayor Kapszukiewicz also plans to ask council to amend other funds that will include across-the-board healthcare and municipal garage savings.

Tuesday (March 27, 2018) was my fifth opportunity to vote on a general fund budget, but it was also a first in several ways: greater involvement of council in the process, utilization of data from Priority Based Budgeting, and clearly defined goals. 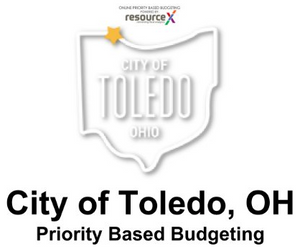 As a member of the newly-formed, joint budget task force, I worked with fellow members of council and the administration to look closely at every department and fund. The task force moved back and forth between the Priority Based Budgeting data collected in the last year and the traditional line item budget.

Priority Based Budgeting allows us to analyze the cost and effectiveness of more than 700 programs performed by city of Toledo departments. The discussion was robust and included areas to explore further after the budget was completed.

Three goals were adopted that we can carry over as we begin work on the 2019 budget:

The process was collaborative and focused on fiscal health and providing the greatest value to taxpayers and resulted in more than $3.1 million in spending cuts, reduction in the capital improvement fund transfer from $5.2 million to $2.1 million, and the first budget passed unanimously by Toledo City Council in five years.

“The City has partnered with the Toledo Chamber of Commerce and the Center for Priority Based Budgeting/ResourceX to create a programmatic view of the Toledo budget. This methodology provides a better understanding and evaluation of city services and their costs.

The city identified nearly 700 service programs, and departments are using this data to review their operations while seeking opportunities to better align their services with the goals and values of the city.

The 2018 budget includes a savings target of over $600,000 for departments to achieve, based on priority based budgeting information. Departments will be reviewing their priority based budgeting rankings to identify areas of cost savings, increased efficiencies or revenue enhancements. These results help create efficiencies and reduce the proposed capital transfer to the General Fund.”

"Toledo Open PBB Data is specifically designed to transparently share all the city's priority based budgeting data with citizens."

Members of the public are...